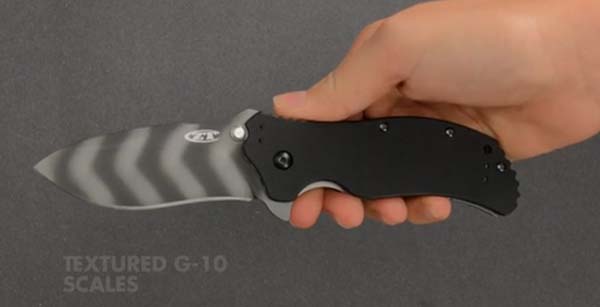 One of my earliest memories of Boy Scouts is going to summer camp for the first time. I was filled with excitement to learn new skills and spend time with my friends, but nervous about being away from my parents for the first time.

There was one day everyone was looking forward to; earning our whittling chips. Having the whittling chip was required for carrying a pocket knife, so after earning ours we all marched down to the camp store to buy one.

However, the rules we learned to follow while earning the whittling chip still stick with me today. Whenever I am using a folding knife I have something in the back of my mind reminding me to use it safely.

Below is a list of 10 pocket knife safety rules; some were some of the first rules I learned to follow and some I’ve learned as my experience with pocket knives has grown.

1. Cut Away from Yourself

The easiest way to avoid cutting yourself with a pocket knife is to always cut away from yourself. If the knife slips you want the blade going away from you, not right towards your body.

You may be tempted to make a risky cut to save some time, but never do it! Always readjust your positioning in order to make a safe cut away from your body.

With knives, it’s best to play it safe and make all cuts deliberately.

Many of the other rules focus on avoiding having to force the knife too much to make a cut to prevent the blade from slipping. This rule supplements the others, even if the knife slips it will slip away from you.

You should every precaution possible to avoid injury while using an EDC knife.

When using a pocket knife you should always know your surroundings. Make sure you have ample space so as to not hit something when you are cutting.

Most importantly, make sure you won’t cut anyone else while you are cutting should the blade slip.

The Boy Scouts teach Scouts to use a safety circle when using a pocket knife. A safety circle is established by holding the closed knife in your cutting hand and rotating the blade.

If someone else is within that space you need to move to a different spot in order to use the knife. This may seem silly to do now, but cutting someone who was too close to you is an easily avoidable problem.

First, place the wet stone with the coarse side up on a damp cloth to avoid having it slip around while you are sharpening the knife. Following the instructions that came with your wet stone lubricate the stone with honing oil.

Hold the knife at an approximately 20° angle and slowly run the edge of the blade across the stone. Repeat this 5 times for each side of the blade.

Finally, flip the wet stone over to the fine side and repeat this process. A common test for your blade after sharpening it is to cut through a piece of paper.

You should experience little to no resistance. Regularly sharpening your pocket knife will only take a few minutes, but will help protect yourself.

A clean knife is easier to use than a dirty knife. This is like keeping the blade sharp, the knife will make easier cuts if the blade is clean and free of debris.

Additionally, you should keep the handle clean and dry. If the handle gets wet it will be more likely to slip out of your hand and the knife will go in an unintended direction.

Before using a pocket knife, wipe off the blade and handle if you see it is dirty. Keeping the knife in a case can also help protect it and minimize the need to clean it.

While whittling a block of wood, if you notice too much debris collecting on the blade take a second to wipe it off. After using the EDC knife clean it and put it away dry.

A wet knife is more likely to rust which will both make the blade dirty and duller.

A military-grade pocket knife is a tool, not a toy is a cliché saying, but it’s important to keep in mind. A multitasking tactical knife is not a pry bar, screwdriver, or hammer; it is only a knife. Misusing a knife is a frequent cause of the blade slipping and injuring others.

If you may need other tools with your knife, consider a multi-tool. There are many tools available in these including saws, screwdrivers, and even magnifying glasses. Having additional tools readily available decreases the temptation to misuse a knife.

An EDC knife should never be used for playing games or throwing. Using a knife in these ways can only cause injury. Knives are tools that can be dangerous if not used safely. You may think it is cool or fun to use a knife in these ways, but they will quickly change when someone gets hurt.

6. Use Knives That Fit Comfortably in Your Hand

Having a knife that fits your hand is key to avoiding slipping. Many of these rules are important to avoid the knife from slipping and accidentally cutting yourself, but this one is the biggest factor in that.

When purchasing a new knife try a few out. Hold them in your hand how you would be cutting something and pick one that fits comfortably. If you select a knife that is too bulky it will be more difficult to use.

There is a delicate balance between selecting a knife that fits comfortably and picking a multi-tool with countless tools. With each tool that gets added the knife becomes bulkier.

If you want to have a multi-tool with every possible gadget, you may want to consider getting a second more traditional pocket knife to use exclusively for cutting or whittling.

7. Keep Knife Closed when Not in Use

Pocket knives under $30 are hinged in order to be easily closed, so always close it when not in use. Someone else may not realize the knife is open and accidentally cut themselves. An open folding knife will also cause more damage if it falls, but we will touch on that point later.

You should especially not walk around with an open pocket knife because you can’t keep an appropriate distance from others as we touched on in the first point. You may come near someone else who does not realize you have a knife out and accidentally cut them.

When closing a pocket knife always use an open palm. Hold the knife with one hand and use your palm to fold the blade into the handle.

Using this technique can prevent one of your fingers from being cut while you are closing the knife. If the blade is locking gently free the blade and finish closing the blade with your palm.

If you accidentally drop your pocket knife, let it fall! If you do not heed this safety rule, there is a good chance of grabbing the knife by the blade and cutting yourself.

You can minimize the chances of dropping a knife by using a clean knife and one that fits properly in your hand.

You should still be prepared for when you drop a knife. You can always pick it up off the ground, clean it off, and start cutting again.

When you are whittling a block of wood, take small chips of wood with each cut. Don’t rush to cut out a large chunk, this will require more force and has a higher likelihood of having the knife slip.

Smaller chips will take a little bit longer to finish the task, but it is a much safer approach. The added benefit to taking smaller chips is that there is more control of how the finished product turns out.

Given the heightened security in the world, there are many places you can’t take an EDC knife. You can’t have one in a courthouse or school. Depending on where you are it may be illegal to have a knife over a certain length.

Being knowledgeable of your state and local laws can help avoid a confrontation with police or security. This is more of a practical tip than a safety rule, but it can prevent you from being in an uncomfortable position or having your knife confiscated.

Act deliberately with your folding knife and consider the potential consequences if something were to go wrong. Hopefully, the next time you pull out your pocket knife you will think about these rules and keep safe cutting.

Also, I wrote an article based on the Safety Rules for Fixed Blade Knife Users; check it out, hopefully, you will find detailed knowledge about the safety problems you need to know when working with a fixed blade knife.